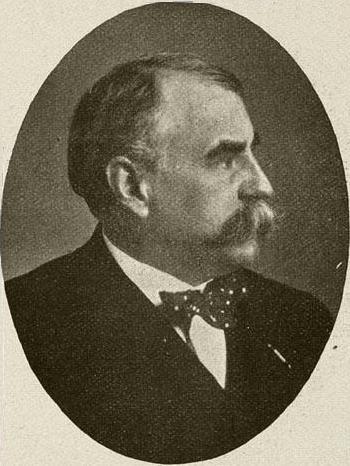 From the start of his career as commissioner of Rotterdam in February 1893, Willem Voormolen maintained contacts with his colleagues from cities like Vienna and Hamburg, but also with the Pinkertons in the United States. His transnational relations were, however, particularly boosted by a study trip he conducted in November 1894, when he visited France and the German Empire, comparable harbour towns Nantes, Bordeaux, Bremen and Hamburg, and Paris and Berlin and establishing interpersonal relations with, among others, Alphonse Bertillon, Armand Cochefert, Leopold von Meerscheidt-Hüllessem and Gustav Roscher. Other than a reorganization of the Rotterdam police based on his experiences abroad and detailed studies into foreign police organizations, this resulted in the introduction of the Bertillon system for identification and registration. Because of his (developed) expertise regarding these techniques, he was appointed representative for the government of the Netherlands during the Berlin Conference for the introduction of the Bertillon system throughout the German Empire (14-15 June 1897). Here, he met some old relations and established new ones. Among other things, blueprints for the creation of direct communication lines between (to be established) national police authorities were discussed, to improve transnational police cooperation. Through his strengthened transnational ties, he engaged into an extensive exchange of photographs and measurement cards of anarchists with Berlin, Hamburg and Berlin over the following years. Furthermore, he engaged in cooperative missions with London’s Criminal Investigation Department, supervised by Robert Anderson, and was therefore allowed to study its detective facilities in November 1897. One year later, he again visits Roscher in Hamburg, who he subsequently invites over to the Netherlands, to deliver a presentation on the Hamburg police organization in front of the Brotherhood of Commissioners and Chief Commissioners of Police – established in March 1898 and chaired by Voormolen. Following the anti-anarchist conference in Rome, the transnational communication regarding fugitive or expelled anarchists runs exclusively through the Ministry of Justice, which is now appointed national police authority regarding anarchism, and no longer via interpersonal lines between local actors. However, Voormolen continues to keep his collection of photographs up to date through exchanges. He was one of the members of the Kist committee, appointed to research the improvement of the Dutch police, alongside Amsterdam commissioner (and former protégé) Jacob Franken, The Hague commissioner Schermbeek, and chaired by Amsterdam’s procurer general Herman Kist. The foreign experiences of the commissioners and Kist’s participation in the Rome conference influenced their reporting clearly. In spite of the institutionalization of transnational policing upon the Rome conference, Voormolen did not lessen his efforts to learn from foreign expertise and experiences. In June 1901, Voormolen privately visited the Pan-America Exposition in Buffaly, NJ, but also studied the water police services of New York and Chicago. He declared to Washington Commissioner Richard Sylvester to be unable to visit, yet in 1903 he did become the first European member of the International Association of Chiefs of Police, which had been established about a decade before. As with his German colleagues, they exchanged photographs and Bertillon’s measurement cards. In the same year, he conducted a study trip to Berlin and Dresden, alongside Hamburg’s Roscher. Other than exchanging another extensive amount of anarchist photographs, he was informed in the latter of the new techniques of identification by fingerprints. After one of his employees conducted a supplementary trip to France and Germany to study the new techniques in more detail, he, as first police authority in the Netherlands, operationalized the methods in Rotterdam. Voormolen passed away in 1909, aged 53. According to the Rotterdamsch Nieuwsblad he was ‘demolished by his work’.